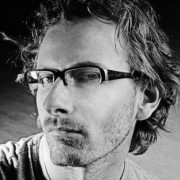 Coined “The Beautiful Game,” soccer or football known to most people of the world is one of the only sports left that has been relatively untouched through the years.  Did you know that soccer is the most popular sport on Earth?

Notice, I did not tell you that it was the most popular in the U.S.A.  That does not mean soccer is not popular in America, it certainly has grown a considerable amount through newer generations and great entertainment production helps a lot.

Why is soccer (football) so popular in the world?  The answer is fairly easy to come up with.  People only need a soccer ball to play, their is truly no other equipment that needs to be bought.  For many people of the world, this game of soccer can be played by all, rich and poor.

Children in the poorest of villages can be seen kicking a ball around with others.  No matter how heavy the burden of life can be for so many of the children of the world, they can escape into a game and practice teamwork.  The game not only is fun but it teaches life’s lessons in the form of teammates, opponents, thinking and doing.

Unlike a Superbowl that is played in American Football every year, the World Cup happens only every four years!  As you can imagine when you have been waiting for something for a long period of time, the moments leading up to it can be exhilarating.

World Cup 2010 was held in Africa and now four years later it will be held in Brazil.  There will be fan representation from all teams in the tournament this year including fans from many other countries as well.

This June is Brazil, people will come from all over the world to watch the World Cup in unity, all citizens of humanity. People will be waving flags just like K’NAAN in this unofficial World Cup 2010 song (below)

Taken from Inaugural Alumni Face-Off That I Founded

In 2 Years We Raised Thousands of Dollars for School Resources

I for one love soccer so much because I grew up playing it and have played it at nearly every level there is to play.  I have used the game to raise funds for schools that are running low on academic and athletic resources, it was for this reason I created an alumni face-off.  It felt great to use the game which I love in the spirit of what I think the World Cup stands for, or at least, should stand for and that’s unity.

It does not matter if you are black, white, asian, middle eastern, etc.  It does not matter if you are poor or rich.  Soccer and sport for that matter has an ability to reveal true human compassion, respect and love for each other.  Every sporting event gives people the opportunity to cheer together, respect their favorite team and acknowledge the efforts of all teams.

We celebrate and appreciate our differences of culture during the World Cup as we both share the same passion of soccer.